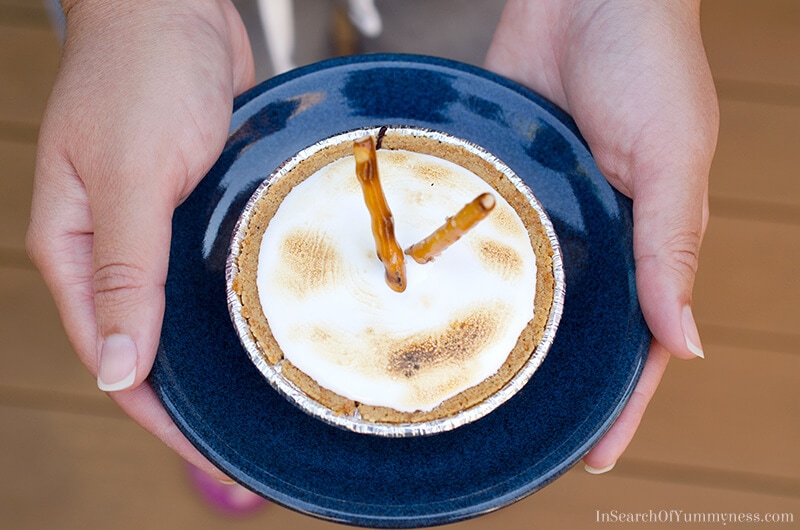 Today's post is fire-themed in more ways than one.

This recipe for mini s'mores pies was supposed to be an adaptation of the Chocolate Orange Tarts that I had made for Valentine's Day. In that post I talked about how much the tarts looked like mini campfires, and I thought it would be cute to do a version with plain chocolate ganache and a toasted marshmallow topping.

So I went to the grocery and looked for the smallest graham pie shells that I could find. Unfortunately, these mini pies aren't quite as cute as the Tenderflake tarts, but it beats trying to make the dough from scratch.

I came home, baked off the shells and filled them with fresh chocolate ganache. As I waited for the chocolate to set in the fridge, I thought about how I was going to decorate the pies.

I still wanted to go for the campfire look, so I thought I'd pipe marshmallow creme onto each pie instead of using miniature marshmallows. Of course, in order for the topping to be toasted I'd have to torch the creme, but that didn't deter me.

Oh, who am I kidding? I love using my kitchen torch! I'll blame my love for fire on astrology (a friend just told me that I'm a fire sign). And it seemed like a good idea at the time. 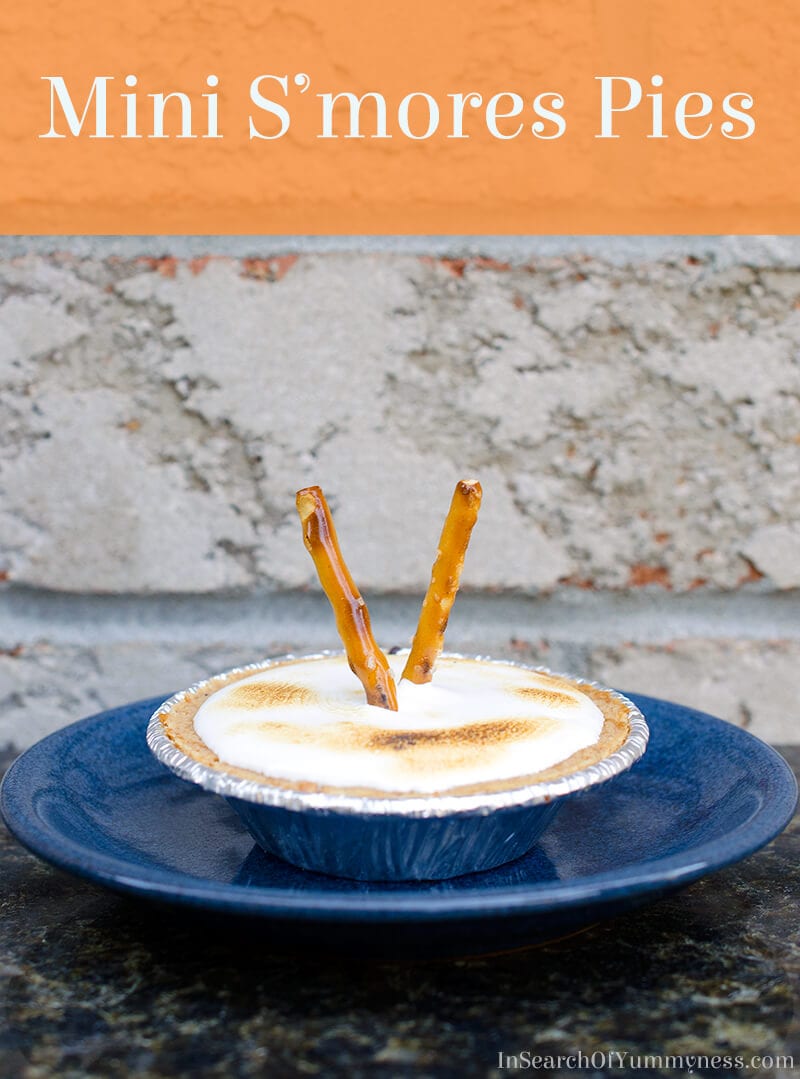 It's not impossible to do...but if you're the kind of girl who wants a simple, no-fuss dessert, then do yourself a favour and top these pies with mini marshmallows.

If you've got a lot of patience, and strong hands, then go ahead and try piping the marshmallow creme. Just please, for the love of goodness, use a disposable piping bag! Marshmallow creme is incredibly sticky, and it will get absolutely everywhere, so don't say I didn't warn you.

Ok, back to the fire story. 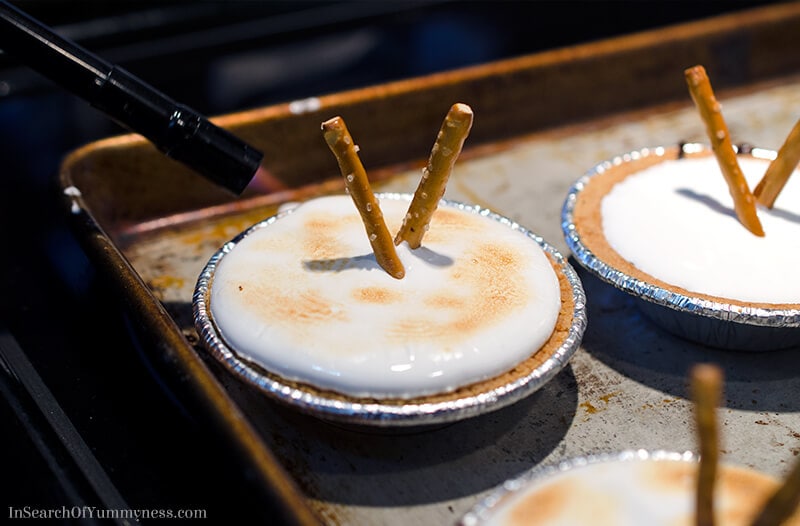 At first I couldn't find my kitchen torch, which was irritating. Then once I finally did, I realized that it was empty. I could have stuck these pies under a broiler (and if you don't have a torch, that might be your only option), but I have a tendency to ignore things that are in the oven... so I used a barbecue lighter.

Look, I'm not telling you that this is a good option. I only did it because The Kitchn said it was ok, and they usually know what they're talking about.

At first I was worried that the fuel would give the marshmallow a funny taste, but it didn't. No, the bigger issue is that it can take a while for the marshmallow to caramelize unless you get really close to the surface.

It was all going great at first. My brother torched the first few pies without issue, while I was getting the camera set up. He has way more patience than I do. Once I took over, I felt like it was taking forever to toast the marshmallow, so I kept bringing the flame closer and closer to the marshmallow.

Then I saw this dark brown spot appear, and I thought, "damn, I burnt it." Then the spot became darker and darker, and then it started spreading... and I just kept staring at it. It probably took a good 10 seconds before my brain kicked in, and I saw the tiny flames licking the surface of the pie. So needless to say, that particular pie had a very authentic campfire taste (and I had to eat that one because I blew on it to put the fire out).

If you decide to make these mini s'mores pies, and I hope you do, you might just want to use a broiler for the marshmallows. Otherwise, invest in a kitchen torch and use some caution. 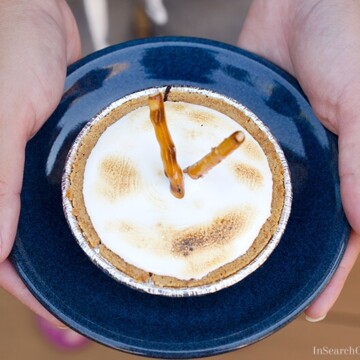 For the Chocolate Ganache

Have you set anything on fire in your kitchen? I can't be the only one! It only happens when I make desserts though...

More recipes you may enjoy