Escape to the Caribbean with this grilled jerk shrimp and coconut rice recipe! 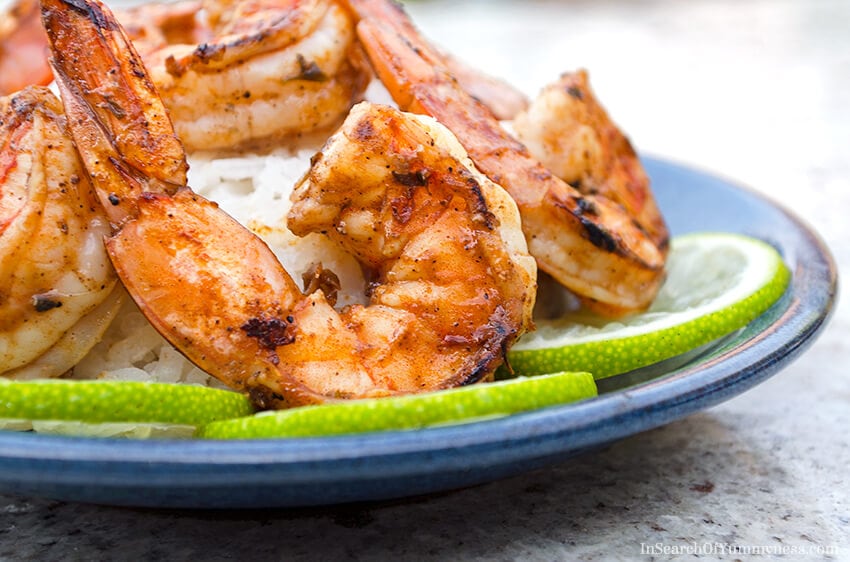 As much as I love jerk chicken, it’s not always practical for a weeknight meal. The meat needs to marinate for a while to really take on those bold flavours, and to be honest I’m not the greatest at planning my meals in advance. Luckily, these grilled jerk shrimp only need to marinate for about 30 minutes, and they’re super easy to cook too. These turned out so tasty that I was eating them piping hot off the grill!

The word jerk refers to a traditional Jamaican method of seasoning and cooking meat, seafood and veggies. Jerk foods are usually grilled or cooked in an oven. A jerk seasoning paste, or sauce, usually contains an exotic blend of ingredients like scallions, onions, thyme, allspice, and super-hot Scotch bonnet peppers.

“I was very disappointed when I found out that Scotch bonnet was a sort of pepper, and not a Celtic hat.”

Any Midsomer Murder fans out there? No? Moving on…

Why is it called Jerk?

According to Grace Foods, there are two possible theories:

1st  theory: It originates from the Peruvian word Charqui, used to describe jerked or dried meat. Over time this term evolved from Charqui to Jerky to Jerk.
2nd theory: The name derives from the practice of jerking (poking) holes in the meat to fill with spices prior to cooking.

Whatever the reason, all I know for sure is that this grilled jerk shrimp recipe is a winner. 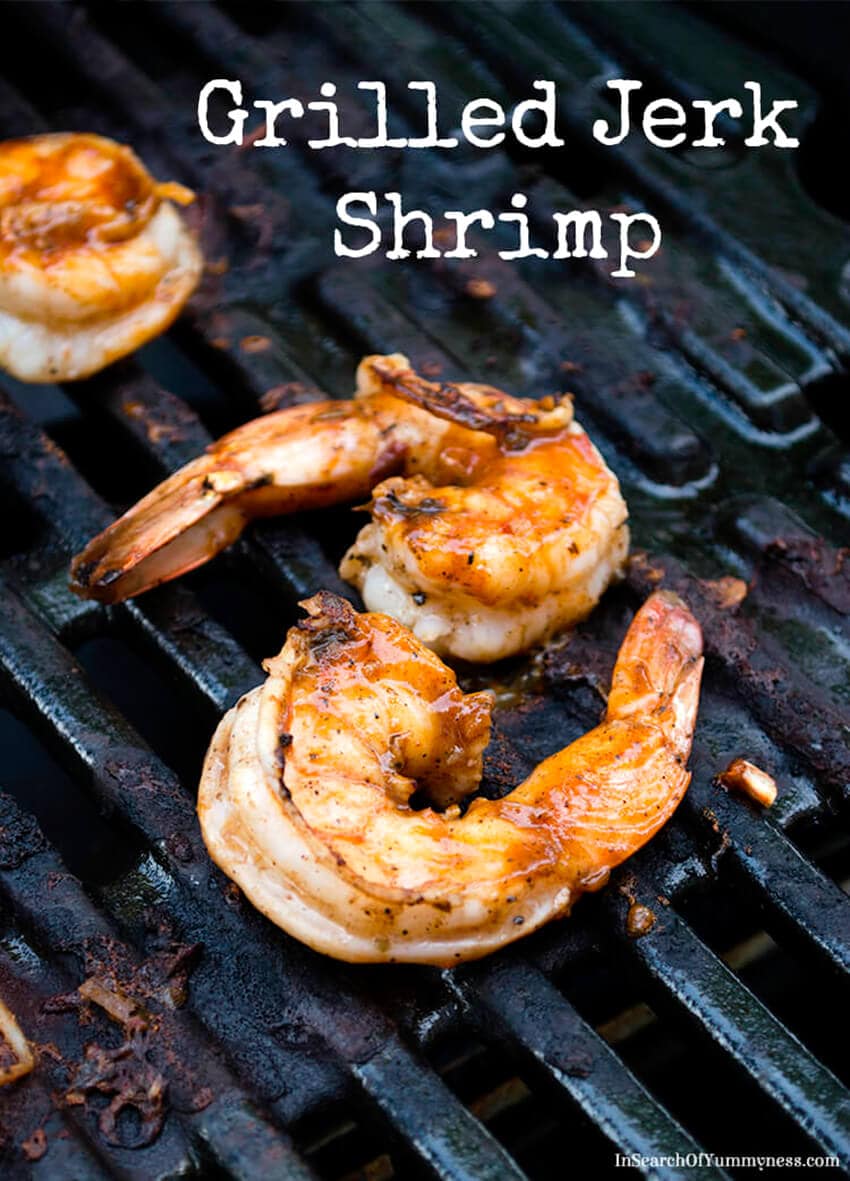 When I was creating this recipe, I wanted to add layers of flavours. In order to do this, I used two different kinds of Grace Foods jerk products: the Grace Jerk Marinade and the Grace Jerk BBQ Sauce.

The marinade is great for seafood because it contains both orange and lime juices. Usually, you would marinate meat in this product for about an hour. However, I didn’t want the acids from the fruit juices to start cooking my shrimp, so I only marinated them for about 30 minutes.

The marinade also contains brown sugar, hot peppers, onions, Dijon mustard and cocoa powder (and more!), all of which create a rich spicy flavour that is really delicious. 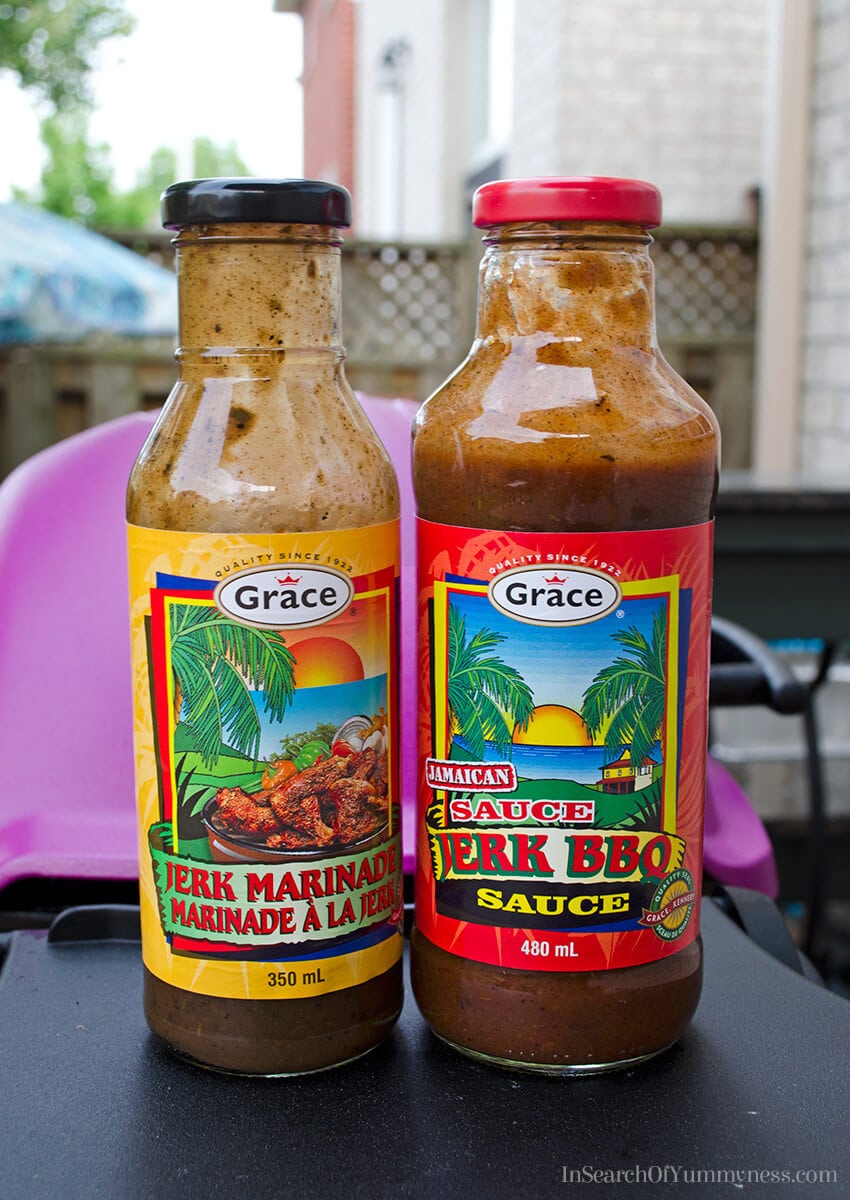 After I grilled the shrimp for a couple of minutes per side, I brushed on a thin layer of the Jerk BBQ sauce. It’s sweet and spicy, and has a strong clove flavour. I didn’t want to overwhelm the sweetness of the shrimp, but I thought the BBQ sauce would add another layer of jerk flavour – and it did! Just don’t be heavy-handed with it. 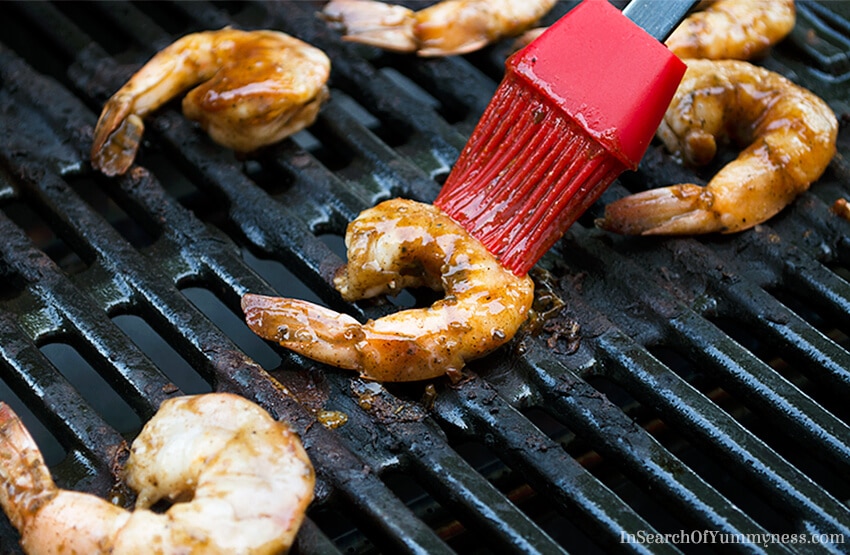 I was surprised at how mild the grilled jerk shrimp tasted. The sauces are really strong if you taste them straight out of the bottles (which most people wouldn’t do), but they mellow out in the cooking process. This is important to note, because I think a lot of people assume that jerk is always super hot and that’s not true. The Grace Foods line of jerk products have a variety of seasonings that range from mild to hot, so if you don’t like spicy food you can still enjoy the flavours of jerk.

I still wanted a side dish that would balance out all of the spices of the jerk, so I asked my mom to help me make coconut rice. I’ve never made it before myself, but I knew the sweetness of the coconut cream would be really tasty with the jerk shrimp. 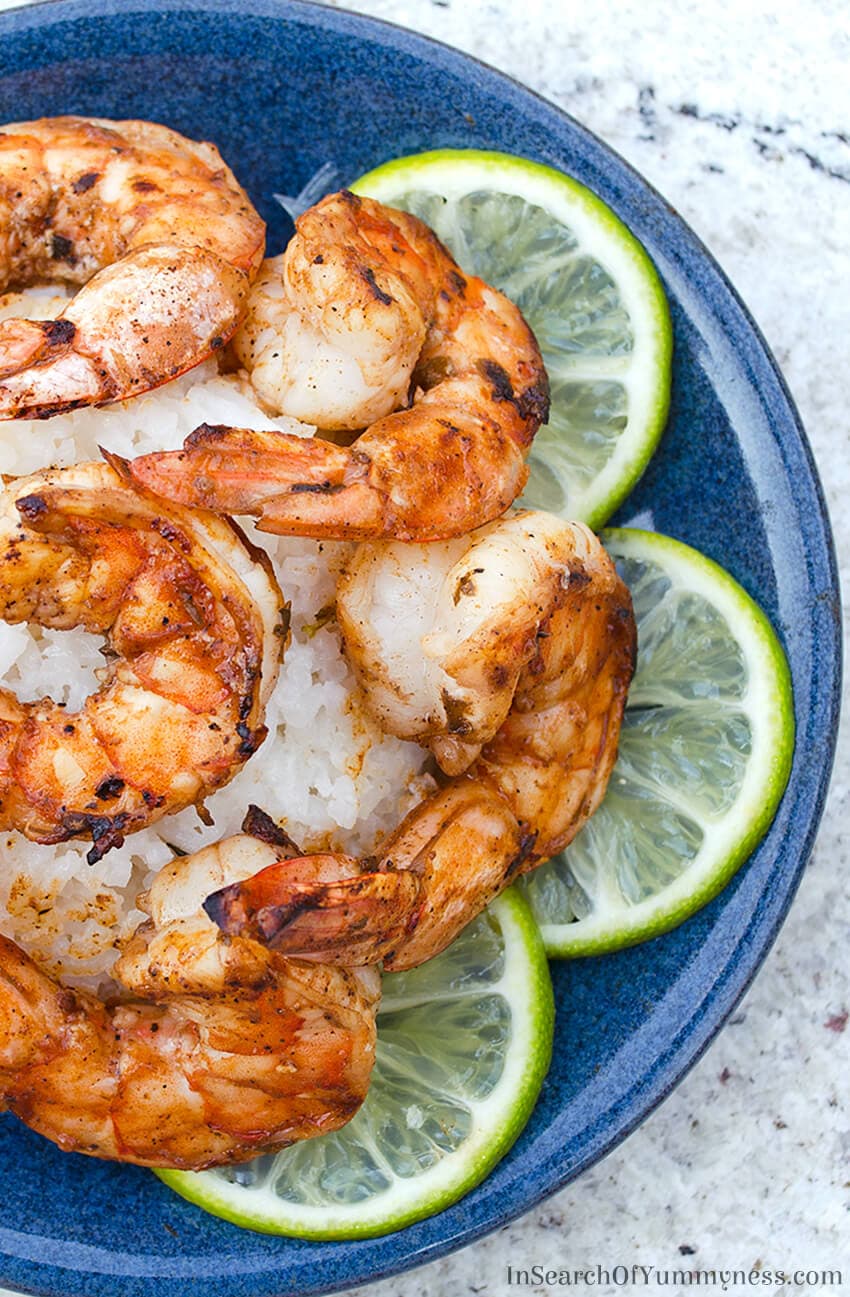 For the Jerk Shrimp:

For the Coconut Rice:

To Make the Grilled Shrimp:

To Make the Coconut Rice:

Tip: If you're going t0 make the coconut rice, be sure to do so BEFORE you start grilling your shrimp!  Please note that the nutritional information for this recipe is only an estimate, and has been calculated using a plugin.
Shareba | In Search Of Yummy-ness

Disclosure:
This post is sponsored by Grace Foods.
I have been compensated both monetarily and with product for this post.
Please note that I only work with brands that I use at home and trust.
This post contains Amazon affiliate links, and I will be compensated if you make a purchase after clicking on my links.

So, I'm trying REALLY hard to get a handle on my m

This healthy yogurt bowl is a great way to enjoy w

January is #NationalHotTeaMonth! ☕ Which is awes

I'm starting the new year off by trying something

Not a bad looking bunch for my #topnine pics this

Did you see my IG story last night? I made up a ba

Error: API requests are being delayed for this account. New posts will not be retrieved.