Chipotle peppers are commonly used in Mexican dishes. These chilies have a distinctive smoky flavour, which can range from mild to spicy depending on how many you use. 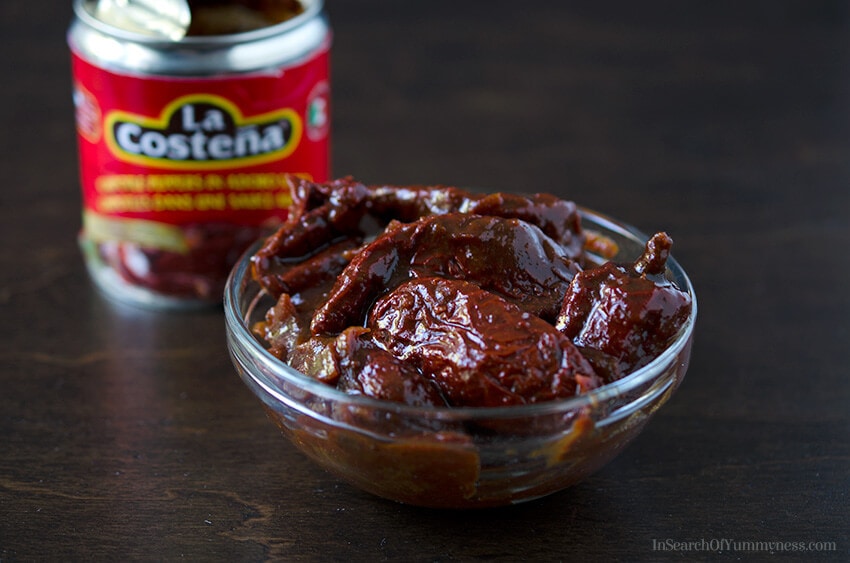 If you’ve ever eaten sweet potato fries at a restaurant, chances are you’ve had chipotle mayonnaise on the side for the dipping. But chipotle chili peppers can be used for so much more than that!

What are Chipotle Peppers?

Chipotle chilies are actually dried, smoked jalapenos. I’ve only seen them sold in cans with adobo sauce (a vinegar-based red sauce), but they can also be found dried or pickled. The canned version is usually used in stews and sauces, while the pickled versions are served as an appetizer or condiment.

Where to buy Chipotle Peppers:

I’ve found canned chipotle peppers in adobo sauce in every major grocery store so far. It’s usually in the aisle with refried beans, salsa and tortillas. You can also purchase cans of chipotle peppers online from Amazon.

You should be able to find dried (and possibly pickled) chipotle peppers at Mexican or Latin specialty stores.

How to use Chipotle Peppers:

I’ve only ever used the canned version, so I can tell you how to use that. Basically, they can be used as-is straight from the can. If you want to, you can dice the peppers with your knife, otherwise they can be placed directly into a blender. Some people prefer to blend the entire can and store the mixture in their fridge (good for up to a week), which can make portioning out the peppers and sauce a bit easier.

If you want to try to reduce the heat of the peppers, you can attempt to remove the seeds, but this is tricky since the peppers are very soft which makes them difficult to handle.

Chipotle peppers can be very spicy if you use too many, so start off with one (along with some of the adobo sauce) in your recipe, and work your way up from there.

How to Store Chipotle Peppers:

What to cook with Chipotle Peppers:

Disclosure:
This is not a sponsored post, but it does contain an Amazon affiliate link.
I am not necessarily endorsing this brand, it's just what is available at my grocery store.