This sparkling blackcurrant float is made with ice cream and Ribena syrup. 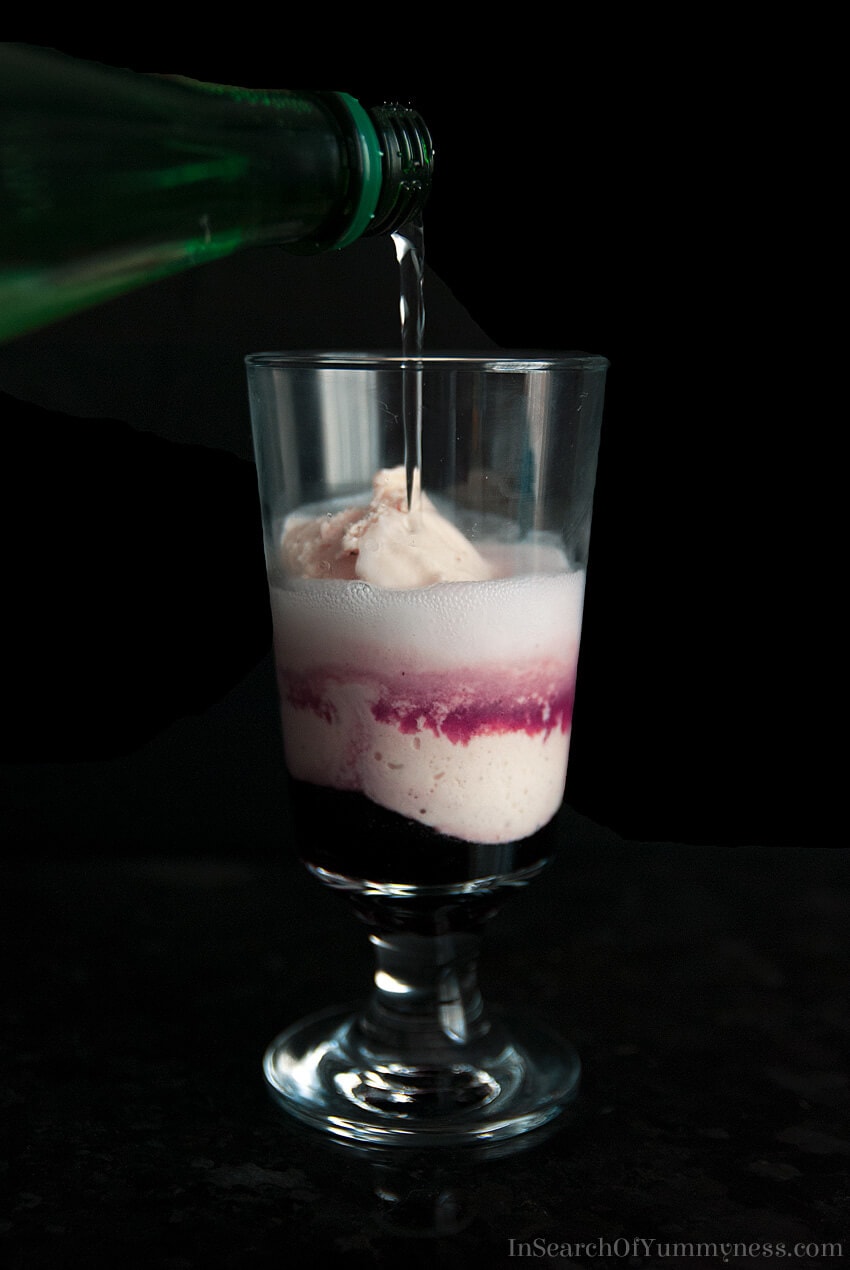 When the heat of summer has me dreaming of snow, I know it’s time to whip up a cool treat.

Ice cream floats are one of my go-to summer desserts because they are indulgent and fast to put together. I love the way the ice cream melts into the soda, leaving you with a creamy bubbly treat.

This fruity float is made with Ribena, which is a concentrated blackcurrant drink that’s popular in the Caribbean. If you can’t find Ribena then try using purple grape juice or grape soda instead. Although, then you would be making purple cows, not sparkling blackcurrant floats (but hey, they’re both tasty!). 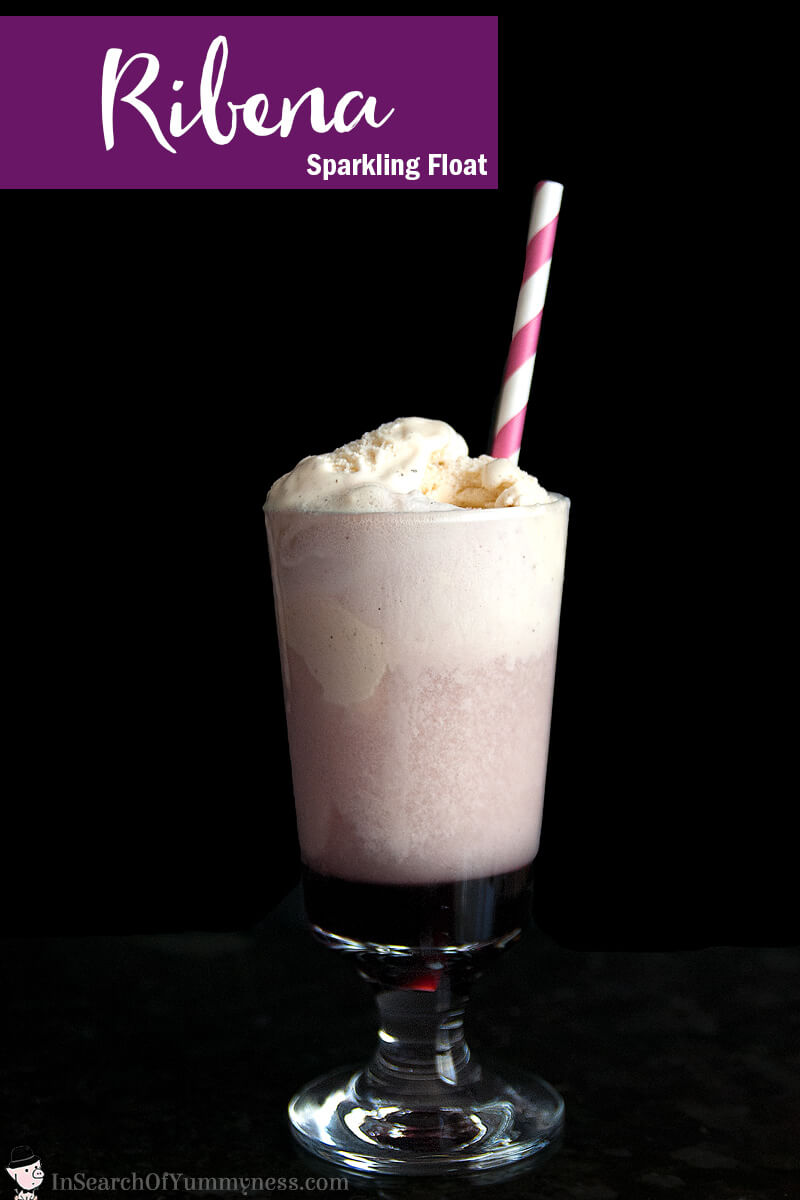 I left my float in layers for the sake of aesthetics, but you’ll want to stir this before you drink it. The Ribena syrup is very thick and won’t easily disperse in the glass when you add the soda.

When I’m feeling super lazy I just stir it with my straw as I drink… but it’s probably better to stir it before you add the ice cream.

I want to try making a float with Coca Cola next. What’s your favourite ice cream float flavour? Let me know in the comment area below!

Hey, I'm Shareba. Welcome to In Search Of Yummy-ness, a creative lifestyle blog that features recipes inspired by international cuisines.

If you are enjoying my work, please consider leaving me a small tip by clicking the button below. Thanks!