These Coconut Chelsea Buns are loaded with Caribbean flavours like coconut, allspice, and Angostura Bitters. Read on to get the recipe! 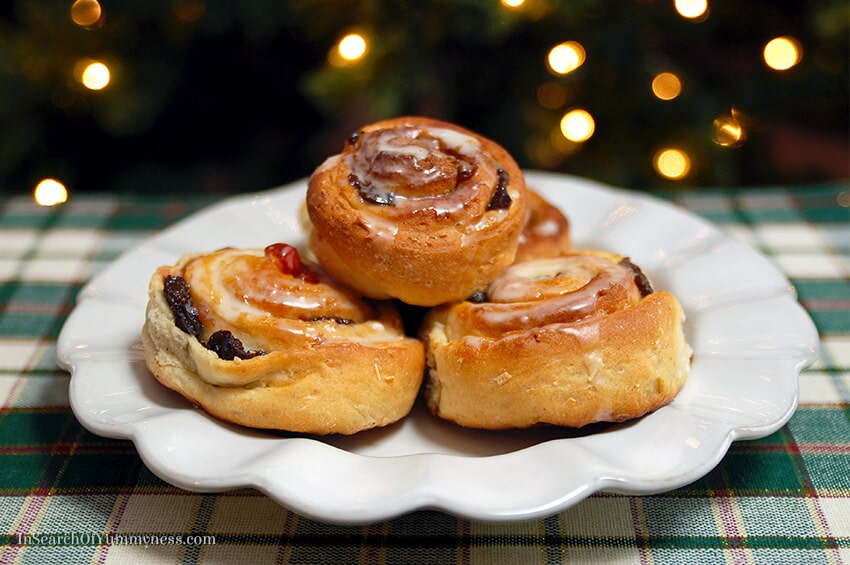 If you saw my Coconut Shortbread Cookie post, then you’ll know that these coconut Chelsea buns are the second of three coconut flavoured recipes that I’m sharing on my blog this year. What can I say? I’m Trinidadian – I love coconut!

These buns are my mom’s interpretation of a classic British Chelsea bun, with a Caribbean twist. She adds coconut, allspice, and Angostura Bitters to her dough, and tops the cooked buns with a sweet orange juice glaze. 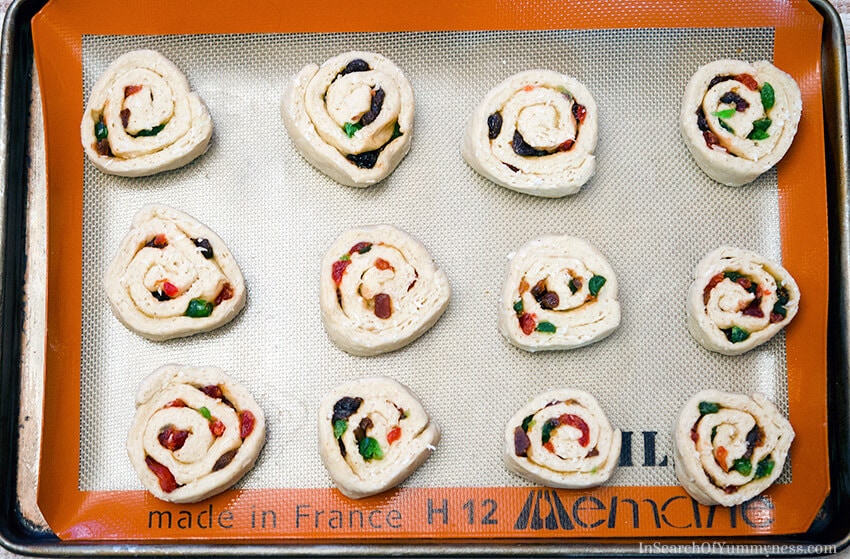 Trying to get this recipe on paper was trickier than expected, because my mom just makes these from memory. In order to make sure that you can reproduce the recipe correctly, we’ve chosen to adapt a classic Chelsea bun recipe from the BBC food website. These are actually a bit softer than what my mom makes, which is totally fine with me!

These coconut Chelsea buns are sweet, aromatic, and are the perfect accompaniment to a hot cup of tea. Technically, these are more of a dessert than a breakfast item, especially when compared to traditional Chelsea buns. Of course, that doesn’t stop me from eating them first thing in the morning. Calories don’t count during the holidays… right? 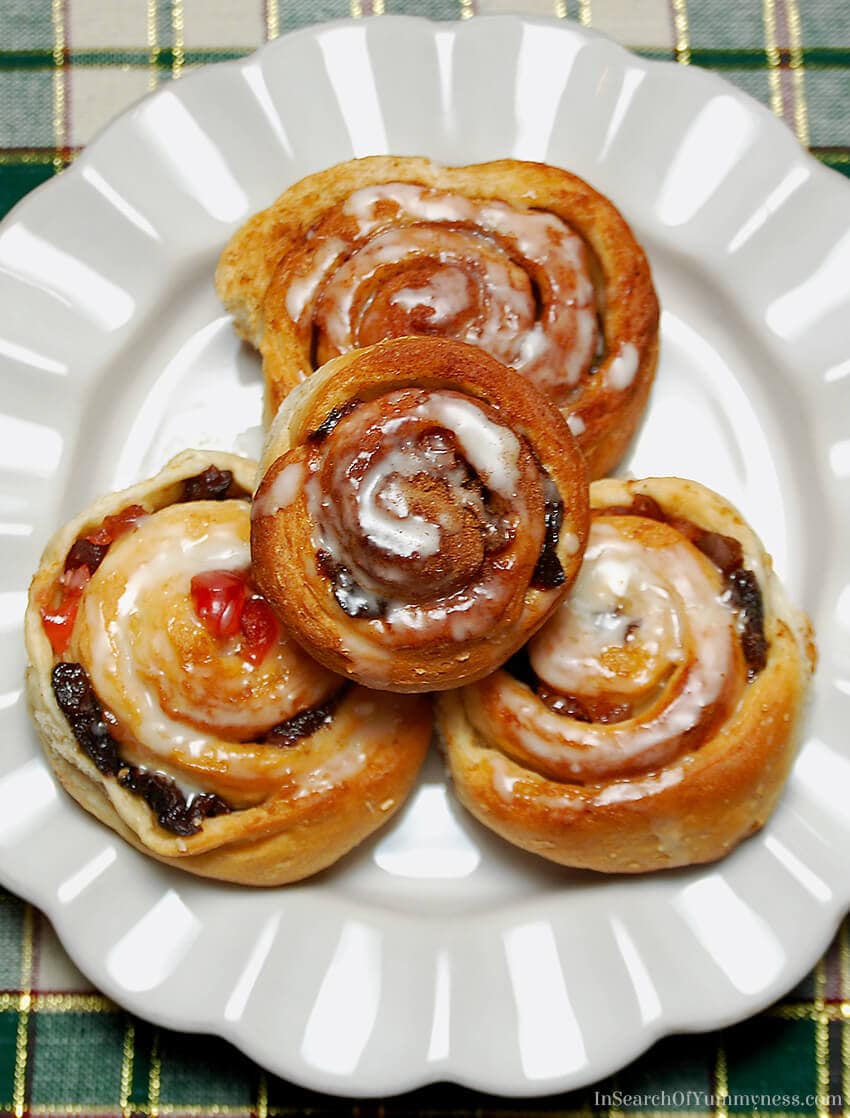 You can use any fruit that you would add to fruitcake, but I think candied cherries are a must! The fruit we used is actually preserved in cherry brandy, because we always have a glass jar of dried and candied fruit soaking in our pantry. We’ve always done that, and I’ve never really known if that’s because it’s a traditional Caribbean thing, or if it’s just something that smart bakers do. 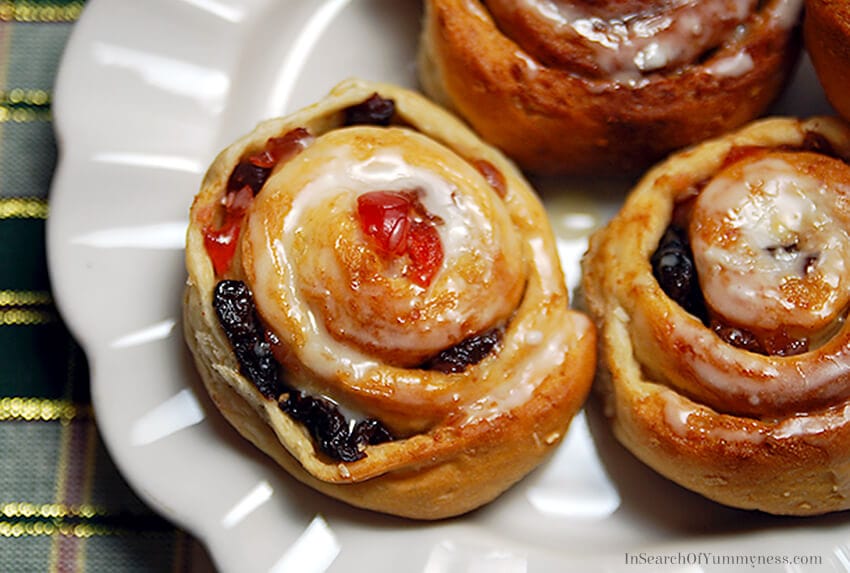 If you don’t like candied fruit, you can flavour your coconut Chelsea buns with cinnamon sugar instead. Just mix 2 tbsp brown sugar with 2 tsp of ground cinnamon, and sprinkle it over the dough instead of spreading on the fruit filling. The result isn’t a proper cinnamon roll, but it is pretty tasty!

I hope you enjoy making these coconut Chelsea buns at home. If you do make them, let me know how they turn out! 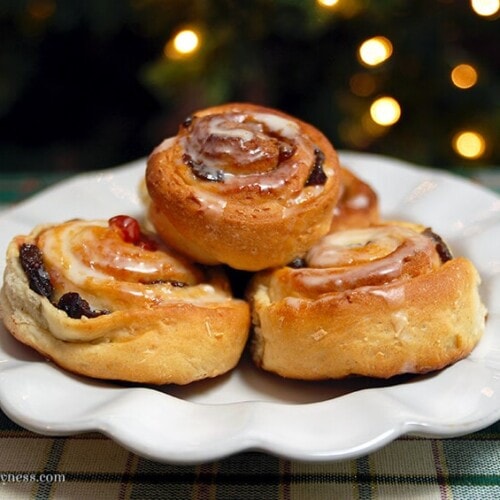 For the Fruit Filling:

Please note that the nutritional information for this recipe is only an estimate, and has been calculated using a plugin.

Calories: 308kcalCarbohydrates: 50gProtein: 5gFat: 8gSaturated Fat: 5gCholesterol: 39mgSodium: 116mgPotassium: 77mgFiber: 1gSugar: 15gVitamin A: 290IUVitamin C: 1.9mgCalcium: 32mgIron: 2.2mg
Have you made this recipe?Leave a review in the comments below!

Disclosure:
This is not a sponsored post. However, some links are Amazon affiliate links.
Recipe adapted from: http://www.bbc.co.uk/food/recipes/chelsea_buns_95015