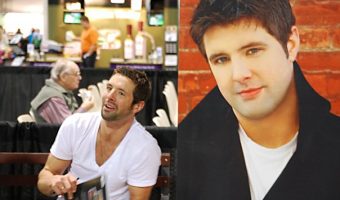 R.I.P. Anthony Sedlak April 12, 1983 – July 6, 2012In 2008 I interned on a TV program called The Main, which was hosted by a young and energetic chef named Anthony Sedlak. We were filming the third and fourth seasons of his cooking show in Toronto. In the four months that I … END_OF_DOCUMENT_TOKEN_TO_BE_REPLACED

The first post on the original In Search of Yummy-ness blog was a restaurant review that I wrote with my friend M.L. We had started the blog as a way to document our experiences at various restaurants and share fun food tidbits with others. I have deleted the original post … END_OF_DOCUMENT_TOKEN_TO_BE_REPLACED

#Ad Happy Valentine's Day! ❤️ Or as I like to

In my quest to improve my eating habits, I've been

Yesterday I mentioned that I have an aversion to c

#TGIF! This week has been exhausting, but I got th

Of course you can't have hummus without pita chips

Speaking of tahini, one of my favourite ways to us