Living with food sensitivities can be such a pain! Point in case: being sensitive to eggs makes brunches a lot less fun. Seriously, unless you're happy to munch on toast, a non-eggy brunch can be really boring. So when I received an invitation to have brunch at the Windsor Arms Hotel, with some of my favourite foodie females, I was torn. Of course I wanted to go! But would I be able to eat anything?

The brunch was being held as part of a Canola Growers Culinary Workshop, so I figured there would at least be potatoes or something fried in canola oil. My plan was to eat just enough eggs where I wouldn't stand out, but not so much that I would feel ill (my sensitivity is really hit or miss, sometimes I'm fine and sometimes not). I couldn't have anticipated the delicious spread that had been planned for the event!

When I arrived at the hotel, I was immediately handed an adorable bottle of Fresita Chilean Sparkling Wine. I had heard of Fresita before, but had never had the chance to try it. Let me tell you, this stuff is good!

Once everyone had arrived, we broke out into discussion groups and activities. Abbey Sharp, a registered dietician, lead a discussion about the health benefits of canola oil along with a canola oil farmer.

I learned that more than 52,000 Canadian farmers grow canola, and it's also one of the most healthy oils that you can eat! Canola oil is low in saturated fat, has zero transfat or cholesterol, is high in omega-3 fats, and it's also a great source of omega-6.

It also has a high smoking point, making it great for frying, and a mild-flavour, which is great for baking. Who knew that canola oil could be so versatile? If you're interested in learning more about canola oil, be sure to check out the Canola Eat Well website.

Claire Tansey, Food Director at Chatelaine, rocked the science experiment we were doing. Mine failed horribly (no surprise there!)

Once we wrapped up those discussions, it was time to head into The Living Room for a canola oil tasting. While it was weird to swish sips of oil around my mouth, it was a good way to learn about the differences between different brands of oil. The Pristine Gourmet Virgin Canola Oil was smooth and buttery, while the Maison Orphee Cold Press Canola Oil was more grassy and fresh tasting.

Of course, it wouldn't have been much of a brunch without some delicious food, and Chef Maxim Roy did not disappoint! Together with Chef Christine Tizzard, they presented us with a variety of dishes made with canola oil.

Before we ate, we were given ingredients to make our own signature canola oil based salad dressing. I put citrus, apple cider vinegar, mustard, and fresh herbs in mine. It was delicious on the salad!

After the salad we enjoyed a salmon tartar dish, a plate of roasted chicken with buttery morel mushrooms, and the most indulgent seafood dish I have ever had the pleasure of eating. I believe these dishes are on the regular menu, but I'm not 100% sure. Hopefully they are, I would love to eat these dishes again! 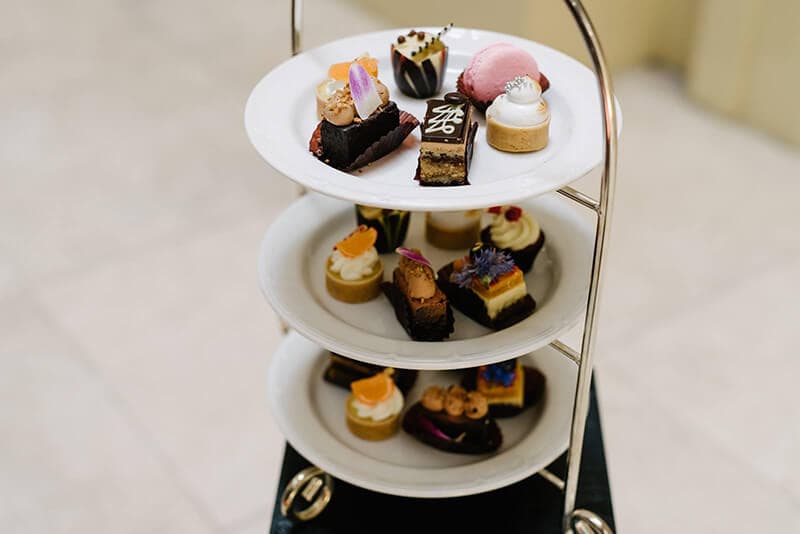 This was one of my favourite events that I took part in this year. Not only because the food was AMAZING, but also because I learned a lot about canola oil and finally had the chance to visit the Windsor Arms. I will definitely be visiting that hotel again! I hear they have a lovely tea room...

Disclosure:
I attended this media event at no cost to me.
This meal was complementary, however, I have not been paid to write this post.
Images without my watermark belong to Jeffrey Chan Photography.